B4B IS A FRIEND OF RARE DISEASE DAY!

B4B IS A FRIEND OF RARE DISEASE DAY!

Celebrated on the last day of February–the rarest day on the calendar–this is the one day every year when the world comes together to improve the lives of people living with rare diseases.

The main objective of Rare Disease Day is to raise awareness amongst the general public and decision-makers about rare diseases and their impact on patients’ lives. The campaign targets primarily the general public and also seeks to raise awareness amongst policy makers, public authorities, industry representatives, researchers, health professionals and anyone who has a genuine interest in rare diseases.

Since Rare Disease Day was first launched by EURORDIS and its Council of National Alliances in 2008, thousands of events have taken place throughout the world reaching hundreds of thousands of people and resulting in a great deal of media coverage. The political momentum resulting from Rare Disease Day also serves advocacy purposes. It has notably contributed to the advancement of national plans and policies for rare diseases in a number of countries. Even though the campaign started as a European event, it has progressively become a world phenomenon, with the USA joining in 2009, and participation in over 80 countries around the world in 2015. This number will hopefully increase with many new partners in 2016. Some countries have decided to raise rare disease awareness further, for example, Spain declared 2013 as the National Year for Rare Diseases.

The Rare Disease Day 2016 theme “Patient Voice” recognises the crucial role that patients play in voicing their needs and in instigating change that improves their lives and the lives of their families and carers. The Rare Disease Day 2016 slogan “Join us in making the voice of rare diseases heard” appeals to a wider audience, those that are not living with or directly affected by a rare disease, to join the rare disease community in making known the impact of rare diseases. People living with a rare disease and their families are often isolated. The wider community can help to bring them out of this isolation. 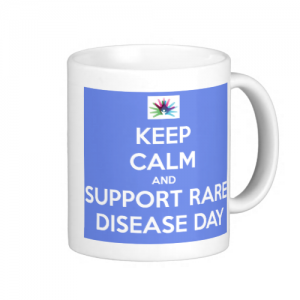 B4B welcomes this initiative and is pleased to contribute to raise awareness amongst the general public and decision-makers about rare diseases and their impact on patients’ lives. Due to the fragmentation of knowledge, it can take years before a patient affected by rare diseases get diagnosed. B4B considers the promotion and the coordination of Research extremely important for health care system, and particularly for Rare Diseases, since they represent the tools by which speed up the achievements of results in research and benefits for patients.  This year Rare Disease Day encourages us to continue finding ways to work together to provide the different kinds of care that people living with a rare disease need.
B4B has done and will continue to do big efforts in order to encourage clinicians to work together in the most effective and efficient way in order to produce the best health outcomes for the patients.